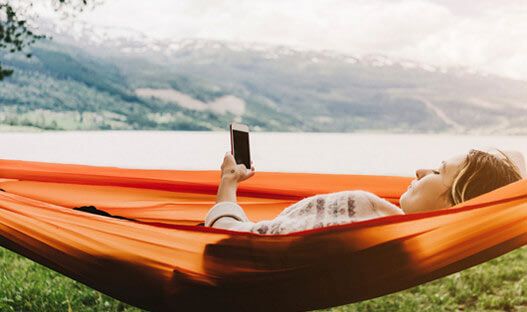 Mobile commerce already accounts for 30% of U.S. e-commerce and is expected to grow 300% faster than traditional e-commerce.

The explosion of mobile over the last few years has been staggering. By next year, the twenty billionth mobile phone will be sold.

And not only are there many more mobile devices, we’re all becoming more reliant on them. In fact, 9 out of 10 consumers in the U.S. keep their phones within reach 24/7.

This has significant ramifications for retailers, particularly for online commerce, where mobile commerce already accounts for 30% of U.S. e-commerce and is expected to grow 300% faster than traditional e-commerce.

What does the coming year hold for mobile commerce?

Here are the top 7 mobile commerce trends to watch in 2016.

1. PHYSICAL AND ONLINE WORLDS WILL CONTINUE TO CONVERGE

If your brand has a large U.S. audience, chances are good your customers are going to be engaging with you across devices.

About ⅔ of Americans own at least two digital devices (a desktop, smartphone, tablet or laptop). And more than ⅓ own all three.

And they’re not only using multiple devices, they’re also interacting with your brand in ways that are blurring the lines between the physical and online worlds.

‍Retailers are highly aware of the overlap between online and physical channels. In response, they're offering an increasing array of online + in-store options, including:

2. SOCIAL COMMERCE WILL REMAIN HOT, BUT WILL BUY BUTTONS DELIVER?

There is a very strong connection between social media and mobile.

In the realm of retail, social media is a significant force.

Though Pinterest, for example has 60 million Buyable Pins, buy buttons have yet to gain wide traction on any social platform, turning in a lackluster performance over the holidays.

However, given the importance of social in terms of both traffic and revenue to m-commerce sites, social buy buttons - and whether they gain a foothold with consumers or not - will be an important trend to watch in the coming year.

3. THE MOBILE WEB WILL CONTINUE TO OUTPACE APPS

Over 85% of mobile time is spent in apps. That’s pretty staggering.

A quick glance at this number would indicate that offering an app is an imperative in 2016.

But if you dig one level deeper, it gets really interesting: 8 out of every 10 minutes of app time is spent solely in an individual’s top 3 apps.

Across industries, the web drives 2x the site traffic of apps. In fact, of the top 30 U.S. retailers only two - Amazon and Walmart - drove more than half of their visits via their apps.

As for revenue, only about 20 to 30 percent of a retailer's mobile sales come from their app, according to Forrester Research.

It’s not surprising therefore that Forrester’s “The State of Retailing Online 2015” report found that 56% of retailers said mobile apps would not play a major part in their mobile strategy.

To be clear: apps can certainly play a key role in retailers’ mobile strategies, particularly for their most loyal customers.

And thanks to deep linking and Google App Indexing surfacing relevant app content in mobile search, traffic to apps will surely increase in 2016. In fact, already 40% of Android searches turn up app-indexed results.

But given its clear leadership over retail apps today, the mobile web will no doubt continue to eclipse apps as the biggest revenue driver for retailers in the coming year.

4. CONSUMER EXPECTATIONS WILL DRIVE RETAILERS TO FOCUS ON MOBILE MOMENTS

And as they become more reliant on their mobile devices, consumers expect to get exactly what they need in the moment they need it.

This mobile moments mindset presents retailers with unprecedented opportunities to engage their customers on mobile.

Whether consumers are pulling out their smartphones to conduct a product search over breakfast, using the store locator feature to swing by a retail location after work or pulling up a scannable rewards card at the register - mobile moments enable brands to provide their customers exactly what they need in their immediate contexts.

One challenge for many retailers is that popular approaches for adapting desktop experiences to mobile, such as responsive web design, fall short when it comes to delivering contextual experiences.

To keep up with their customers’ needs during their mobile moments, retailers which are relying on responsive design to deliver their mobile experiences will need to solve for the limitations of their responsive sites.

But regardless of the technology they use, in 2016 we will see more retailers focusing on creating mobile experiences that deliver exactly what their customers need in their immediate contexts.

Tim Cook of Apple declared 2015 the “Year of Apple Pay” when the service launched in October 2014. Yet one year later, it only accounted for about 1% of total transactions in the U.S.

Mobile wallets in general have been slow to take off.

One historical challenge was not all retailers accepted mobile wallet payments.

But even today, with 1 million merchants, accepting Apple Pay for example, and the mass upgrade to EMV compliant terminals (which means many more vendors in 2016 will be accepting mobile wallet payments than ever before), most consumers will not start using Apple Pay and Android Pay.

The challenge is mobile wallets do not offer enough incremental convenience to shift user behavior - at least not in the next year.

Walmart also recently launched its own payment system, Walmart Pay. And Target, according to Reuters, is planning to develop its own mobile wallet as well.

The success of retailers’ mobile payments, and where they can succeed where mobile wallets have struggled, will lie in the connection with their customers via loyalty rewards tied into their payment apps.

The Starbucks app, for example, will automatically let you know how many times you’ve visited a Starbucks for coffee and when you’re due for a free cup.

Of course only the largest retailers with the most loyal customer base will really see a significant impact from mobile payments in the coming year. And mobile wallets, if they can integrate loyalty rewards would challenge retailers’ apps.

But the story here isn’t one of one retailer’s app versus another - or even retailers’ apps versus mobile wallets. It’s about the customer and improving the mobile customer experience.

While it will take some years before the IoT reaches its full potential, one much-talked about IoT trend in 2016 will be wearables.

eMarketer forecasts a 61% growth in wearables ownership in 2016, with 63.7 million wearable users in the U.S.

Wearables, particularly smart watches, represent an array of opportunities for retailers to engage their customers and provide better customer experiences. A few include:

Apple has yet to put out any sales figures and estimates of Apple Watch sales vary wildly. But a number of figures make it clear that the device is on an upward swing and a trend to watch in 2016.

Google with its Android Wear is also betting on the wearables market. However, as of Q3 2015, not a single Android Wear manufacturer made the top 5 wearables vendors, according to IDC.

And Apple Watch already has 2.5 times the apps available, which may well give the Apple Watch the competitive edge in 2016.

But no matter how it plays out between the brands, 2016 will be a year of milestones, both for the IoT in general and for wearables in particular, providing retailers with myriad more ways to engage their customers.

7. THE GROWTH OF MOBILE WILL FORCE BRANDS TO OPTIMIZE MOBILE CHECKOUTS

Retailers are losing $18 billion annually due to shopping cart abandonment.

And research shows over two out of three users who add items to their online shopping cart leave without making a purchase.

The numbers are even worse on mobile where conversion rates are 70 percent lower than desktop.

However, 2015 was a pivotal year for mobile shopping. This holiday season, for example, mobile played a bigger role than ever, with a 45% increase in mobile traffic and 82% increase in revenue.

In fact, smartphones generated over 57% of traffic and nearly 30% of revenue over the holidays.

And with mobile commerce expected to grow at a rate 300% faster than traditional e-commerce, more brands will focus on implementing a seamless checkout experience in the coming year.

2016 is going to be an exciting year for mobile. Let’s take a quick look at our list of top trends to watch:

And which technologies underpinning these trends will be the biggest drivers of change?

Some, like the IoT and beacon technology, have substantial long-term potential and will see notable growth in 2016; but they will not reach the tipping point of mass adoption in the coming year.

Whereas others, like improvements to mobile checkouts, will see more significant advances in 2016.

All of these trends, however, will generate some buzz in the coming year.

And more importantly, they will all create unique opportunities for brands to provide their customers with better mobile experiences in 2016.